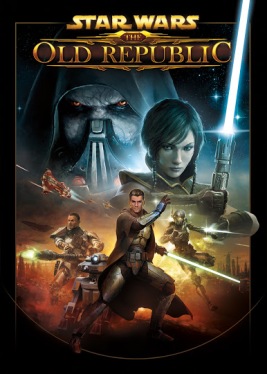 Star Wars: The Old Republic has a huge number of trailers (cinematic and gameplay) associated with it. Most the gameplay trailers were fairly straightforward, but the cinematic trailers have been extraordinary. Unfortunately, the game itself never lived up to the trailers.

Star Wars: The Old Republic (SWTOR) was an MMO released by BioWare in 2011. While the game generally received positive reviews, it has had a rocky ride. While SWTOR was intended to be an MMO, it always felt more like a first-person RPG. BioWare has produced some of the best RPG and it excelled in that regard. SWTOR has an extraordinary amount of compelling content for its players, but SWTOR never fully embraced the MMO aspects of the game. It always felt like a more of a hybrid MMO.

The game is still being updated by BioWare with new content and has a loyal fanbase.

Enjoy “Return” one of the best cinematic trailers for SWTOR.

Like Loading...
‹ Star Wars: why did the film make history?
Why was the Turner Thesis abandoned by historians? ›

This site uses Akismet to reduce spam. Learn how your comment data is processed.